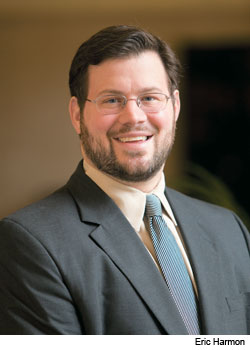 Eric Harmon While serving in the army, conversations about our Commander in Chief were always kept behind closed doors. I served under two, Clinton and Bush, each very different in their demeanor and in ways they approached working with the military.

President Bill Clinton had a lot of things stacked against him amongst much of the officer corps, the first of which was the BRAC, or base closures, which to many were more important than what was being reported in the news about other transgressions. President George W. Bush overall was seen more favorably in terms of his support of the military, but the questions about Iraq and the need for war was the “scuttlebutt” of the time.

While I am long gone from the military, I often wonder what the soldiers in the barracks think of news and events happening today—there are very strong restrictions about what opinions soldiers are allowed to share.

In particular, I thought of this when President Trump recently made a comment regarding deceased American ex-prisoner Otto Warmbier and Kim Jong Un that I am sure lead to many private conversations, especially among those soldiers serving now in South Korea. President Trump stated that he takes Kim Jong Un at his word when he says had nothing to do with the treatment of Otto.

This topic digs into a wound, never to be healed, for the Warmbier family and countless friends. Here in Cincinnati where Otto grew up, discussions obviously went beyond closed doors when we heard of the president’s words. The fact that many elected officials on both sides of the aisle were quick to denounce them gives credit to our democracy, our media outlets and our ability to express our thoughts without restrictions. What President Trump believes about Otto’s treatment is his prerogative, however what he shared, for many officials, was illegitimate. As soldiers have rules for sharing opinion in public, I ask, should not the same standard apply to its leadership?

Have no doubt that Cincinnati and our country will not forget Otto. Feeble, seemingly peacockish, attempts to negotiate with regimes of terror will not sequester Otto’s struggle and our soldiers serving now deserve better.