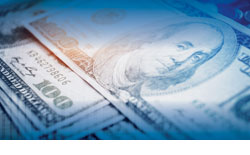 Local advisers offer wealth-management advice and tipsGregory Sharpless In the classic 1979 film, Being There, Chance the gardener—mistaken as an economic and political guru—is referring to the task of gardening when he tells the president that “growth has its seasons—first comes spring and summer, then fall and winter, and then we get spring and summer again.” The president and his trusted adviser, however, believe that Chance is speaking allegorically—that we should welcome the inevitable changing “seasons of the economy,” much as we welcome the changing seasons throughout the year. “There will be growth in the spring,” says Chance, and the president is overjoyed to hear such an optimistic economic viewpoint.

Will 2019 offer “growth in the spring”—or will it point to a more autumnal-like cycle? And what actions can you and your advisers take to ensure a good harvest? We talked to several wealth-management advisers with Cincinnati-area firms to get their take on what’s in store for portfolios—and the U.S. economy in general—in the coming year.

At the federal and state level

Most of the advisers we spoke to immediately pointed to the Tax Cuts and Jobs Act passed in 2017 as one of the primary influencers on investors and consumers on a federal level. Among other effects, the act serves to increase the standard deduction and reduce the number of itemized deduction benefits—making it less beneficial to itemize deductions.

“Approximately nine out of 10 households will be taking the standard deduction this coming year,” says Jon Hoelscher, senior wealth advisor with Gries Financial Partners, in Montgomery. “That’s up 28 percent from the previous year.”

Those who actively give to charities may not be able to receive their usual tax benefits, says Rob Herman, Gries CIO and managing partner: “As a result, one strategy we’ve been talking to clients about, especially this year and going forward, is a ‘bunching’ strategy—grouping their deductions into a single year, allowing them to surpass the itemization threshold.”

At Total Wealth Planning in Blue Ash, CIO and principal David Wilder reports that his firm is also advising clients to pursue charitable bunching. “One of the other avenues becoming more prevalent for taxpayers who have reached age 70-1/2 is allowing the client to use an IRA distribution to make charitable contributions—it comes off the front page of the tax return, it’s excluded from taxpayer’s income. We see a lot of clients taking advantage of this.”

At the state level, says Kyle Pohlman, wealth adviser with Bartlett Wealth Management downtown, one of the more intriguing changes for 2018 is that “Ohio’s 529 College Savings Plan has become even more attractive. It now allows for a deduction from taxable income of up to $4,000 per child each year—double its previous $2,000 per beneficiary.”

Also important, says Hoelscher, is that the Ohio 529 savings plans “can now be used for private-school elementary and secondary school expenses, up to $10,000 per beneficiary per year, tax free without any withdraw penalties.”

What are some key areas of market growth for the U.S. economy in the coming year?

At Bahl & Gaynor Investment Counsel, Vice President and portfolio manager Kevin Gade says they “have been focusing on what parts of the economy and which industries are set up to garner really good cash flow generation and to distribute dividends to shareholders.” His firm is playing close attention to three specific company types:

– Large banks: As the federal government has relaxed bank regulations “there’s a lot more room to deliver more cash to shareholders via dividends and share buybacks. If you measure industries immediately after the great financial crisis to today, banks are much healthier than other industries and markets.”

– Consumer staples and consumer packaged goods (CPG) companies: “There’s been a proliferation of national CPG companies. Kroger is just one example that has taken advantage of private labeling.”

– Mature technology companies going in a different direction: “Microsoft, for instance, has [become a] pillar of growth due to its Azure cloud-computing services, moving it from tech legacy to high growth. Another example is Cisco, which has become increasingly more software oriented.”

For 2019, “We see technology being on the top of the heap,” says Herman, adding that he also sees “a bounce back in energy as the supply-and-demand equation stabilizes.”

“In the U.S. market, it’s been interesting to watch technology and health care—they’ve been strong for 2017 and into the beginning of 2018. But things can change very quickly. Areas that have been underperforming for the past two years—energy and financials, for instance—might be poised for growth in 2019,” says Wilder.

What about some of the more “niche” markets that have been in the news of late—Bitcoin (and other cryptocurrencies) and cannabis, for instance?

Says Wilder, “Bitcoin is very speculative because it has no proven track record. It’s had a huge run up, but when that happens it typically doesn’t end well. We have had a few clients asking about cannabis, but a lot of companies don’t have the management expertise or capital that’s necessary to succeed—you also have the overlay of other dynamics, such as Philip Morris jumping into the market.” Philip Morris parent company Altria took a 45-percent stake in Cronos Group, the Canadian medical and recreational marijuana company, in early December.

“We take the view that cryptocurrency doesn’t have enough governmental validation, and too many risks, to even consider adopting it as a piece of our portfolio,” says Bahl & Gaynor’s Gade. “We avoid over-extended risks at all costs, and this would be an example of that—it’s more of a boom-and-bust example. I should note, however, that blockchain technology [the technology behind Bitcoin and other digital currencies] has a lot of application across industries we cover, namely financials and within any industry that uses complex supply chains. Most major tech and finance companies are investing significantly in blockchain.”

Hoelscher agrees: “We don’t think of cryptocurrency as a valid, thoughtful investment strategy. Blockchain technology [however] has the potential to be revolutionary—it can be a paradigm shift in terms of security and efficiency. Insofar as cannabis goes, the market is still evolving from both a political as well as a public-policy standpoint, and it’s very difficult to find an attractive return—the risk is pretty significant.”

“Volatile” was a key description for how 2019 might shake out, according to two of the wealth managers interviewed here.

Wilder mirrors that outlook: “2017 was unbelievable low volatility, something we had not seen in decades. 2018 has been more normal, 2019 will be more normal. I think we’ll have a positive year again.”

Hoelscher projects 2019 to be strong, “but we may be peaking. The growth was, in part, stimulated by tax reform leading to robust earnings. Some things are worrisome—interest rates, the Fed, other factors such as elevated valuations and trade tension. We believe international has the potential to outperform U.S.”

In looking at 2019, says Gade, “corporations are absolutely still growing—the economy might slow down, but it’s important to recognize that 70 percent of GDP is derived from the U.S. consumer and the U.S. consumer remains very strong, as a result of tax reform and low inflation.”

Adapting on the fly

With more market volatility possibly in the mix, how often should a portfolio be analyzed and/or adjusted?

“The more you look at it, the more volatile it is [appears],” says Wilder. “A lot of it goes back to whether you’re invested appropriately. We remain diversified on a global basis, so our portfolio withstands volatility—in that type of environment, there may be gyrations, but within the course of a year there are opportunities to re-balance. [Generally, however], we suggest reviewing at least quarterly, not necessarily taking action but ensuring your targets are where they need to be. Inter-quarterly, look for opportunities to re-balance and harvest tax losses as well (especially at year end, to reduce tax liability). Stay the course, don’t get over-weighted in one area versus another, and don’t let your allocations get out of whack—or make emotionally based decisions.”

There’s no one single answer, says Herman. “We look at the asset allocation, risk tolerance, etc., and we look to see if the portfolio sways from its target or if we were out of line with risk targets. On the micro side, we meet several times weekly to evaluate portfolios—the volatility of the market will dictate changes, and technology allows us to be more adaptive on the fly.”

Pohlman suggests, “At a minimum, evaluate the entire portfolio if your risk appetite changes, or if other factors come into play—if, for instance, you’re going to retire at 62 instead 65. We take a good hard look once or twice each year for most clients in any case.”

“It depends on the client, but generally as little as possible,” says Gade. “We sit down with the client at day one, and develop a strategy for life goals at that initial meeting, so the client can be assured we’re helping them meet those goals. Given the market’s recent bout of volatility and uncertainty, now’s an important time to evaluate if your goals are still on track.”