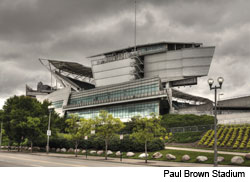 Our city’s biggest mistakes are in the eyes of the beholderDon Mooney The dictionary defines a “boondoggle” as a “work or activity that is wasteful or pointless, but gives the appearance of having value.”

Over at COAST (the Coalition Opposed to Additional Spending and Taxes), a local anti-tax group with a hyperactive Twitter feed, there’s no greater boondoggle than the Cincinnati streetcar. COAST activists twice asked voters to amend the City Charter to kill it, but lost both times. COAST thought the 2013 election of Mayor John Cranley would kill the streetcar. Nope.

Streetcar derangement syndrome rages on, even after cars began to roll in 2016. COAST Twitter followers recently voted the streetcar the “worst boondoggle in Cincinnati history.”

I beg to differ.

In addition, the streetcar is a key component of an urban renaissance that has attracted hundreds of millions of private investment to our central business district (CBD).

I nominate a much worthier “biggest boondoggle” candidate: Paul Brown Stadium. Look at the numbers.

In contrast, streetcar construction cost about $148 million, with a good chunk paid by the federal government. The city sold $90.4 million in bonds for its contribution.

Annual costs. Both PBS and the streetcar are already built. So a better comparison comes by examining what both projects cost taxpayers annually.

If you add county bond payment and the additional operating costs and capital expenses required by what the Wall Street Journal called the worst stadium deal ever, then PBS costs taxpayers about $33 million annually.

The Bengals averaged about 50,000 in attendance last season, over 10 home games. That means county taxpayers are paying about $66 for each seat sold by the Bengals. Put another way, a $100 ticket to watch the home team lose again to the Steelers would actually cost $166 without help from taxpayers. Now that’s a boondoggle!

How does that compare to the streetcar? The city’s annual streetcar bond payments total about $6 million. This year’s streetcar operating budget totals about $4.6 million. But subtract fares, grants, sponsorship and a donation by Haile Foundation, which local taxpayers don’t cover. The net annual operating cost to taxpayers, paid mostly from parking fees, is about $2.6 million. Combining the annual bond payments and operating costs, the streetcar costs taxpayers about $8.6 million this year, or about $18 for each of those 475,000 rides. Rich, yes. But nowhere near the $66 per fan paid to subsidize wealthy team owners and their ticket buyers!

Of course, whether the streetcar or PBS fit the definition of boondoggle as “wasteful and pointless,” is your call. My view: the city’s streetcar investment has stimulated all that new private investment, and draws thousands to spend their money in our CBD.

Judgment about the point or waste of PBS is easier for even longtime Bengals fans. In 1996, stadium tax proponents said a plush new Bengals stadium would burnish the town’s “major league” image, drawing investment, jobs and civic glory!

The inability of our men in stripes to win even one playoff game since moving into their new playpen makes all that money spent on PBS—recently estimated by WCPO at nearly $1 billion—the very definition of “wasteful and pointless.” The Bengals have diminished Cincinnati’s brand, not burnished it.

Will the Bengals erase their place in the boondoggle hall of fame with a Super Bowl season in 2019-20? Who knows? Andy Dalton might unearth his inner Joe Montana. May the Dey come!