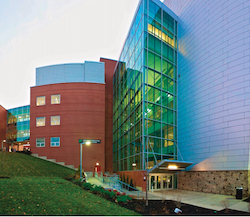 Bill Ferguson Jr. Cincinnati State Technical and Community College is marking its 50th anniversary this year with a number of events, including a 50th Anniversary Weekend May 15-16 and a 50th Anniversary Gala celebration to be scheduled in 2020. The Cincinnati Board of Education started the school in 1966 as the Cincinnati Cooperative School of Technology at the former Courter Tech High School. Three years later, Sept. 19, 1969, the Ohio Board of Regents chartered the school as the Cincinnati Technical Institute, with 650 students in technical-degree programs. It took on its current name in 1994 and now is composed of four campuses offering 130-plus degree and certificate programs to about 10,000 students a year. (Research by Bill Ferguson Jr.)

Co-op job placements each year at more than 600 business and industry partners, which the school says is one of the largest cooperative-education programs among U.S. two-year colleges