Placing FC Cincinnati’s new stadium in Newport could be the best decision for both sides of the river.

You may have heard about Futbol Club Cincinnati, sometimes called FC Cincinnati. They’re our local soccer team that could. They’re in the minor league now, but they want to join Major League Soccer (MLS), which fields teams in New York, Chicago and other big markets.

FC Cincinnati plays at UC’s recently renovated Nippert Stadium in my Clifton neighborhood. It’s been fun. A general admission ticket costs no more than a craft beer and half a soft pretzel and fans are politely rowdy, dressed in those gaudy orange and blue team colors.

FC Cincinnati is on a roll. The team has outdrawn the Reds on certain nights, and recently beat the MLS Columbus Crew in a rocking, sold-out game. In fact, FC Cincinnati has consistently drawn crowds that make a lot of MLS teams jealous.

So it’s no surprise that Team CEO Carl Lindner III wants to take it to the next level. MLS has expansion plans—why not Cincinnati?

But here’s the rub: MLS is very persnickety. They want all MLS teams to have their own venues. (That’s a fancy word for stadium.) The fans seem to love their futbol at Nippert, where parking is ample and there are lots of cool bars and restaurants for pre and post gaming. But team management needs to fill in the address of a new stadium on that MLS application.

Stadiums don’t come cheap. The price tag on this one is only $200 million or so. That’s pretty reasonable compared to the new homes for the Reds and Bengals, that cost a combined $752 million about 18 years ago. Lindner has said that the team will pick up a cool $100 million, a whole lot more than what the Reds and Bengals paid for their homes. But that leaves a gaping $100 million hole in stadium funding.

That’s where you come in. The team has found potential sites in Cincinnati’s West End and Oakley neighborhoods. And there’s also a potential site in Newport! They even did a fancy graphic for a recent public presentation, which highlighted a cool new stadium on your side of the river. 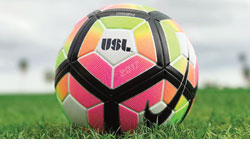 Over here in Ohio, taxpayers and elected officials are a little gun shy about chipping in for major league sports venues. The Bengals stadium lease has been mocked by everyone from John Oliver to the Wall Street Journal as the worst deal ever. The combined stadium sales tax levy voters approved in 1997 has struggled to pay off more than $1 billion in bonds. The Bengals keep asking the county for more goodies at Paul Brown Stadium. Anti-tax crusaders are already lining up to oppose any new tax to build another sports palace.

But what about you? Wouldn’t it be cool for Kentucky to have a major league sports franchise on its blue-grassed turf for a change?

It’s been more than 40 years since the ABA’s Kentucky Colonels played at Louisville’s Freedom Hall before that league and team went kaput back in 1976. Before that Kentucky’s last major league team was the Louisville Breckenridges, who left the NFL in 1923. The Kentucky pride of having a major league team calling your state home after all those years should be worth kicking in $100 million to build this new futbol stadium. It can’t be nearly as expensive as paying for tolls on that stupid bridge!

Think of all those Ohio-based futbol fans steaming across the river to your town for games, maybe on an extension of our streetcar, filling your restaurants and brewhaus. While there they can check out the aquarium, take in a movie at the levy, or have an Ark Encounter. Just make sure the stadium is flood proofed.