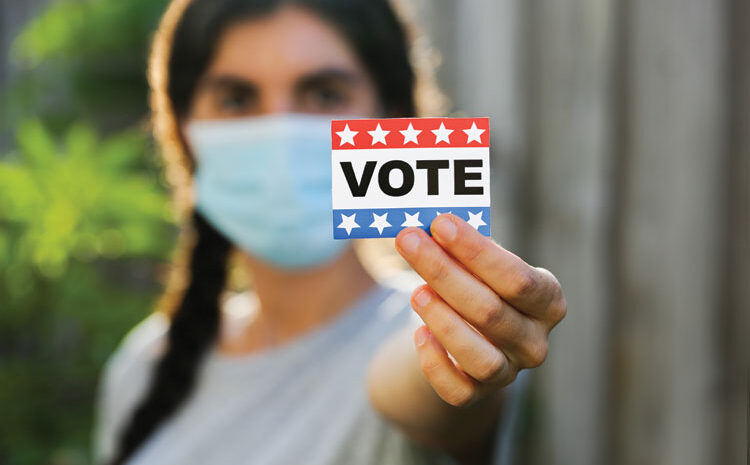 2020 is an election year, and the level of voter interest is the highest in years. But Ohio voters’ anxiety about whether they can safely vote is even higher.

High interest in voting is easy to understand. Our president is a political lightening rod: drawing devotion from his followers and fear and loathing from others. In Cincinnati, voters also have compelling races for sheriff, county commissioner and prosecutor to consider. No wonder so many want to weigh in.

So what’s all that voter anxiety about? A pandemic that has killed more than 200,000 Americans, with the threat of a second wave gathering as Election Day approaches. Many voters—particularly seniors and other COVID-vulnerable people—are reluctant to risk their health to show up at packed polling places.

The easiest alternative to taking your chances on Election Day is voting by mail. By late August more than 400,000 Ohio voters had applied for absentee ballots.

But the president is doing his best to vilify mail-in voting. While voting by mail himself, he alleges voting by mail is a nefarious scheme to “steal” the election. Despite (or maybe because of) the anticipated surge in mail-in voting, the Trump-appointed Post Master General has been trashing expensive high-speed sorting machines and removing thousands of mailboxes. Many voters wonder whether their absentee ballot will get to their local Board of Elections. The nation’s security agencies have also reported continuing efforts by Russia to disrupt our election. Many fear foreign hackers will tamper with voter registration and/or vote tallies to change or obscure the outcome.

So what is an Ohio voter to do? My suggestion: be sure you are registered to vote (the deadline is Oct. 5), then make a plan to be sure your vote is submitted in plenty of time to be counted.

How? There are three ways:

First, trek to your local Board of Elections for early in-person voting starting on Oct. 6. The Hamilton County Board is in Norwood. It may not be convenient for most of us, particularly if you rely on public transit. But if you can get there, there is plenty of parking and space for social distancing. Bring your ID—a driver’s license or utility bill with your name and address listed on it if you’ve moved recently. Check with your board for hours and days for early voting, which will include some Saturdays and Sundays. To avoid long lines, go there on a weekday more than a week before Election Day on Nov. 3.

Second, vote by mail. But get working on it NOW. In Ohio it’s a two-step process. First, apply by mail for an absentee ballot. The Secretary of State has mailed out applications, or get one online at OhioSOS.gov. Follow the instructions carefully, filling in information like your address, date of birth and driver’s license number or last four digits of your social security number. Mail that application pronto! Once you get your ballot in the mail, you need to be just as careful in filling in the identifying information, signing and properly using the two envelopes provided. Then find a stamp and get it in the mail early. Ballots must arrive postmarked no later than the day before Election Day, and no later than 10 days after. Thousands of mail-in votes are disqualified each year because voters failed to fill them out properly or they did not arrive on time. You can check whether your ballot arrived and was counted (Look for “Track my Ballot” at OhioSOS.gov).

Finally, if you can’t vote early or by mail, you can still vote at your local polling place on Election Day. Crowds should be down because of all that early and absentee voting. Bring your ID and/or that utility bill. And your mask!