The North region is a focal point for growth.

Just what is the North? It’s the growing area at the focal point of the Cincinnati-Dayton megalopolis, the network of large and small communities evolving into a single urban area between the cities of Cincinnati and Dayton.

That’s just geography. The North is also where thousands of people live, work and play.

It includes thousands of small- and medium-sized businesses and some of the region’s largest and best-known employers such as Procter & Gamble Co., GE Aviation, the Kroger Co. and Anthem BlueCross BlueShield Ohio.

It is home to the growing “Health Care Highway” along Interstate 75 with new facilities by some of the region’s largest health-care providers such as the Christ Hospital Health Network, Cincinnati Children’s Hospital Medical Center, Premier Health’s Atrium Medical Center and UC Health’s West Chester Hospital.

The North also offers a variety of retail and entertainment options such as Miami Valley Gaming and King’s Island to Jungle Jim’s International Market in Fairfield and Liberty Center, the multiuse community in Liberty Township. 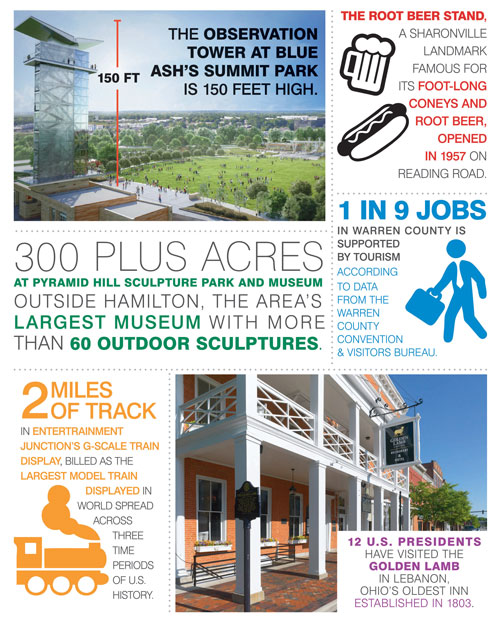