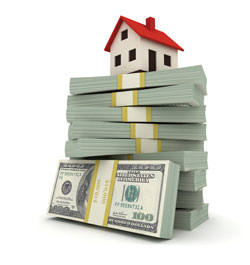 Do you live in the City of Cincinnati, and actually pay all of your real estate taxes? Then I’m talking to you. Tax exemptions are flowing from city hall like a hoppy IPA brewed at a hip tax-abated OTR brewery. And you, dear chump, are now an endangered species.

Since the 1990s, city council has been on a tax abatement rampage. It started out with urban renewal and then a state-authorized Community Reinvestment Act (CRA) targeting only blighted neighborhoods. But the CRA scheme soon mutated to a citywide tax abatement palooza. Tax breaks have been doled out to developers from Mt. Washington to Westwood, but mostly in Over-the-Rhine, downtown, Pill Hill and hot east side neighborhoods like Hyde Park and Oakley. Now it’s hard to find any new or refurbished building getting a full real estate tax bill.

Those of us who live in older homes are the chumps: we pick up an ever-increasing share of the real estate tax that pays for city and county services.

Want to know where all that money goes? Check the Hamilton County auditor’s website. If you live in the city and your home is valued at about $250,000, your annual tax bill totals about $6,380. Of that, about $4,300 goes to schools. $920 goes to the city, and $170 goes to the county. The rest goes to feel-good levies voters routinely renew or enlarge. Who could vote to evict the elephants at the zoo, or poor kids from our hospitals? And what creep would vote down services for seniors, kids, the mentally ill or disabled? The chumps vote yes, and we dig a little deeper every year.

Meanwhile, the ever-growing tax-exempt class of property owners gets a pass.

Whether renovated apartments in OTR, million-dollar condos in Hyde Park, an office tower for GE on the Banks, a downtown boutique hotel or posh student apartments in Clifton, they are exempt from tax on up to 100 percent percent of any increased value. Exempted property owners typically contract to pay 25 percent of the exempt real property taxes to the school district. But that’s still a bargain compared to what the chumps pay.

How large is the new abated class? County Auditor Dusty Rhodes recently reported that over the last 25 years, “the market value of tax exempt property values has grown at a much faster rate than the value of taxable property” and now represents 25 percent of county property value. The percentage surely is higher in the city.

Just check city council’s agenda to see the expanding traffic in tax abatements. Since January 1, 2016, more than 110 ordinances granted or extended tax abatements representing millions of dollars in tax discounts for developers. More abatements are in the pipeline, including one covering the $200 million FC Cincinnati stadium proposed for Oakley.

The city claims all these exemptions bring jobs to town. But as WCPO’s Amanda Seitz reported on Oct. 20, many of the 200 businesses that got tax write-offs over the last decade failed to deliver the promised jobs. Example: one developer promised that a six-apartment building would create three permanent jobs. A helpful doorman? Nosy elevator operator? A wisecracking super? For just six units in OTR? Sounds like a 1960s sit-com, not 2018 property management reality.

What to do? For starters, how about limiting tax abatements only to neighborhoods that actually need incentives to prod development. Hyde Park, OTR, downtown, uptown and Oakley seem to be doing just fine on their own. Second, how about reducing and shortening the percentage and length of new abatements. Do developers really need a 100 percent abatement for up to 30 years?

On the other hand, maybe we should just ask the last chump actually paying her real estate taxes to turn out the lights.