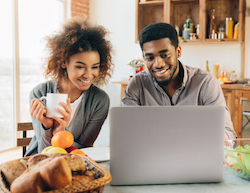 CET creates new digital series about art during the pandemic

During the pandemic, CET, Cincinnati’s PBS station, has had to do what many other businesses have done—shut down its offices. While the station normally films two shows in its studios—The Art Show, a weekly show on southwest Ohio’s arts scene, and SHOWCASE with Barbara Keller, a weekly series that features interviews with Cincinnati artists and celebrities—production was halted during the stay-at-home order.

While CET can no longer produce its normal shows, the station hasn’t stop making content. Instead, it created a new digital series called Art In Isolation. The show, which can be seen for free on CET’s Facebook page, has local artists and organizations talk about what they’re doing while at home and how they’re staying creative. The artists were asked to film themselves answering a series of questions and send in photos and video of them working so that CET could then create the 2-to-3-minute-long clips.

Twelve episodes are being released over the course of three weeks. So far, the series has featured Madcap Puppets, the University of Cincinnati College-Conservatory of Music and local artist and teacher Pam Kravetz.

“We really thought that this was an opportunity for us to tell a story but also bring a little bit of light to people’s social feeds,” says Kellie May, manager of Communications and Digital Initiatives for Public Media Connect, which owns Cincinnati’s CET and Dayton’s ThinkTV.