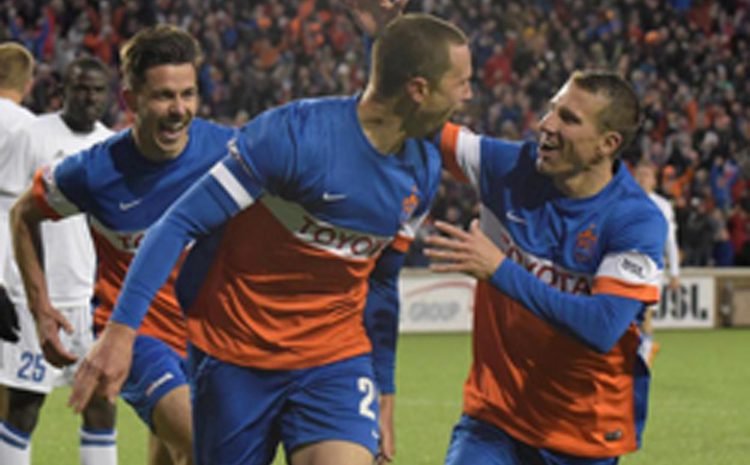 In March 2021, FC Cincinnati intends on unveiling its prized, soccer-specific stadium to the city for its third season in Major League Soccer. It’s an achievement that speaks volumes about the way soccer has been, and will continue to be, perceived in the Queen City.

When Orange and Blue leadership were preparing for FCC’s inaugural season in the second tier of the American soccer system just four years ago, it expected a respectable 10,000 fans per game. Instead, FCC smashed attendance records left and right to win the attention of MLS commissioner Don Garber. But to court Garber, it was clear its path into MLS was blocked by a need to build a brand-new stadium.

West End Stadium broke ground in December 2018, and anyone who drives by the stadium today will find it impossible not to notice. After ensuring the foundation was secured, the construction team is currently focusing its efforts on seat and grass installation, as well as other stadium elements supporters will be eager to see for the first time.

“You start to see those things that make up what’s going to give the stadium its character,” said project manager Dave Bareswilt as he referenced the scoreboard on the southeast end of the stadium. It will be the widest scoreboard in a soccer-specific stadium in North America.

The $250-million venue won’t be without personality. The north end of the stadium will be home to The Bailey, where over 3,000 of the most rabid fans will act as a massive wall of noise as they stand, unfurl 100-foot TIFOs (signs and banners), sing and cheer. Every seat in the stadium will also be underneath a canopy roof, and groups wanting a little luxury can watch from one of over 50 premium suites.

On the stadium’s exterior will be the first athletic facility in the world to incorporate façade lighting. The lighting will include promotions from sponsors and advertisers, according to the Cincinnati Business Courier.

Although Cincinnati is historically thought of as a baseball and football town, FCC is trying to raise soccer’s profile even more by winning a host city bid for the 2026 World Cup.

Time will tell if the community enjoys the new home, but it’s clear the project wouldn’t exist without the fervent fan base that catapulted the city to the national spotlight. What was once a city not even on the map in terms of soccer support is now at the center of game’s growing popularity both locally and nationally.