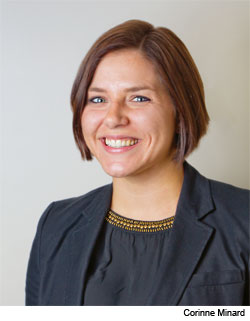 When Kings Island opens April 15, it’s also opening its 16th roller coaster—the mysterious Mystic Timbers. The park has been tight-lipped about its new wooden coaster, particularly when it comes to the ride’s finale. We spoke with Don Helbig, the park’s public relations area manager and park record holder for most rides on the Racer (12,005 and counting), about the new ride and what riders can expect.

Can you describe this new attraction?

It’s a wooden roller coaster. It stands 109 feet at its highest point. It’s a total of 3,625 feet of track. One of the great elements of this ride is going to be the amount of airtime that guests experience with the hills and the twists and the turns and that. [There are] 16 airtime hills or moments that riders are going to experience while they’re riding the coaster. It’s through wooded terrain, so some similarities to The Beast in that respect. It’s a consistent 53 miles per hour, so once it leaves the first drop it’s relentless. It’s nonstop action until you near the end of the ride and the ride ends with a mystery: What’s in the Shed? That’s been something that we’ve kept under wraps and riders are going to have to experience the ride to know what’s in the shed. It’s a story-driven attraction. It’s going to be themed to an abandoned lumber company, so as you enter the queue line you’ll be immersed in the story that will take you through up until you get to that shed point. Much like The Beast, the experience on Mystic Timbers is going to be different during the day than it is at night.

How is Mystic Timbers different from other rides at the park?

I would call out the airtime—it makes a difference. The Racer has airtime moments, but there’s not 16 of them. And the fact that it’s a story-driven attraction. You have in other attractions in the park, you have names like The Beast, Vortex, Racer, but there’s not that story behind them. This will have the story and you’re immersed in that story from the time that you enter the queue line until you get off the ride.

The park is having a Mystic Timbers First Riders Auction for the Andy and Jordan Dalton Foundation. What is that? How do people get involved?

[The event is] April 13. You have to raise a minimum of $100 to participate and one of the great things now with social media is you don’t have to take the money out of your own pocket. You can put it on your Facebook, your Twitter, your Instagram page. You can let people know that you’re going to be among the first riders on Mystic Timbers. Next thing you know you’ve raised a pretty significant amount of money for a great cause.

Can you tell us anything about what’s in the shed?