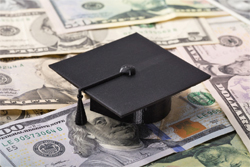 Don Mooney About 90% of Ohio’s kids attend public schools. America’s public schools sustain the world’s oldest active democracy and dominant economy. Ohio’s constitution tells the Ohio General Assembly that it must provide for the “thorough and efficient system of common schools”, i.e. public schools, that has educated generations of Ohioans.

But if you follow the antics in Columbus, you’d never guess that public education was a real priority. For weeks, state legislators have been mired in a nasty conflict on how much money should be diverted from public schools to mostly religious private schools through the EdChoice voucher program.

Vouchers worth up to $6,000 per child can go to families based on whether their local public school is underperforming. That desultory status is determined by state report cards of questionable reliability linked to the endless standardized tests that parents and kids have come to loathe. This year, the list of allegedly underperforming schools whose students were eligible for vouchers was about 500. But changes set to take effect next school year would expand that list to more than 1,200 schools, covering 70% of Ohio’s school districts. Local districts on the new voucher eligible list would include schools in highly rated suburban districts like Indian Hill and Wyoming.

One bone of contention: The approximately $149 million spent to send about 30,000 Ohio kids to mostly religious private schools this school year actually comes from local school districts. The legislature has failed to fully fund public schools with state dollars, so Ohio districts must repeatedly beg voters to increase real estate taxes. Big urban districts like Cincinnati have long been picking up the voucher tab, which will cost the district about $28 million this year. But when many suburban districts discovered their tight budgets would now be tapped to pay for vouchers—with a projected cost exceeding $300 million annually—a high stakes political battle broke out in Columbus.

In marathon legislative hearings, school board members, teachers’ unions and public school parents made the case against raiding their budgets to pay for private, religious education. In response, Catholic and other religious school advocates made the “school choice” case—why should their kids be forced to attend a public school?

The big hole in the school choice argument is that Ohio’s private religious schools are not held to the same controversial standards used to smear some public schools as failing, which triggers voucher eligibility. Ohio does not publish report cards for private schools. As recently reported by the Cleveland Plain Dealer, “Ohio’s private schools are not measured in several other ways public schools are,” including a performance index that is a composite of all tests for all grades, a value added calculation of yearly student progress and ratings of how younger students learn to read.

Question: Why should Ohio taxpayers pay to send kids to private schools that appear to be underperforming even worse than their local public schools?

Here are ideas for Ohio lawmakers debating whether to pay for private religious schools:

1 If the state really wants to pay for private schools, pay them from the state budget, not from school district funds.

3 require private schools to admit any voucher-eligible child, including those with disabilities.