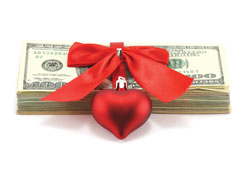 Scott Unger Charitable giving topped $400 billon for the first time in a single year in 2017, but changes to the tax code have nonprofits and charities anticipating a decline in individual giving and looking at different strategies in 2018.

According to “Giving USA 2018: The Annual Report on Philanthropy for the Year 2017,” American individuals, foundations and charities gave $410 billion last year, a 5 percent increase from 2016.

According to “The Philanthropy Outlook 2018 & 2019,” which is researched and written by the Indiana University Lilly Family School of Philanthropy at IUPUI (which also compiles the Giving USA report), charitable giving could decrease by between $4 billion and $11 billion.

“Research finds that while tax incentives are not the primary motivation for giving among most donors, the charitable deduction incentivizes giving and affects the timing and amount of donations,” the report states. “The charitable deduction has typically only been available to taxpayers who itemize and itemizers are far more likely to donate to charity than non-itemizers. Itemizers also donate larger amounts, accounting for approximately 80 percent of total charitable giving.”

Although no one is sure how the increase will affect charitable giving this year, taxpayers certainly had more incentive to donate in previous years, according to Truepoint Wealth Counsel Tax Specialist and CPA Claire McKenna.

State and local taxes, mortgage interests and charitable donations are the main deductions that reduce taxable income, so more people would likely choose to itemize deductions rather than take the standard deduction in previous years before the standard amount doubled.

The higher standard rate could disincentivize charitable donations because the filer isn’t likely to exceed the standard deduction.

“Last year you would have been more inclined to make a charitable contribution because it would have bumped up your itemized number,” McKenna says.

Freestore Foodbank President and CEO Kurt Reiber says the nonprofit has yet to see an impact from the new tax laws and thinks Tristate residents will continue to respond to the call to feed the hungry during the holidays.

“Holidays are a special time, [but] they are also one of the most challenging times of the year for the children and families that we serve,” Reiber says. “At this point, we have not seen an impact in donations as a result of the new tax law.

“We recognize that our supporters see the need in Greater Cincinnati, Northern Kentucky and Southeast Indiana and we are confident that we will continue to work together to keep our communities healthy and strong.”

Greater Cincinnati Foundation Vice President of Donor and Private Foundation Services Phillip Lanham agrees it is too early to tell if charitable giving numbers will drop, but says clients are using donor advised funds as a strategy to maintain their contributions.

“It’s our most popular vehicle for charitable giving that our donors use,” Lanham says.

The funds allow donors to suggest multi-year grants to nonprofits that pay out on a regular schedule, which has led to donors to use a “bundling” strategy for tax purposes.

Donors will donate a large lump sum into a fund and receive the tax deduction in that year, then apply the standard deduction for several years after before making another donation and repeating the strategy, Lanham says.

“Many people are using donor advised funds to facilitate that bunching strategy,” he says.

So far, there hasn’t been a reduction in giving from previous years for the GCF, but the fourth quarter of the year is when most donations come into the Foundation, especially in December, so it is too early to say definitively what the impact will be.

Another popular giving strategy for GCF clients is donating stocks because there is no capital gains tax for public charity, Lanham says.

“The stock market has been doing extremely well and many donors want to capitalize on giving appreciated securities,” he says. “Their charitable giving is able to go further.”

Recently introduced Giving Circles have also become popular among clients. Started last year, the circles gather donors for a specific cause, asking them to co-invest, with the foundation matching their giving amount.

“[Last year] 14 donors came together and then we matched it so those 14 individuals reward about $120,000 combined,” Lanham says.

Despite many experts anticipating a downturn in giving, the Giving USA 2018 report notes that tax policy is only one factor when it comes to charitable giving. Consumer expenditures, the gross domestic product and other factors weigh heavily in the equation as well.

Time will tell what the impact of the new tax code will have on charitable giving, but with last year’s all-time high, it is clear philanthropy is alive and well, especially during the holiday season.