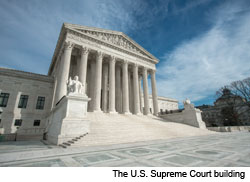 Three former presidents found more success after they left the White HouseDan Hurley A good friend recommends that a person should never retire “from” something, but always “to” something. But if your resume includes president of the United States, how do you find purpose beyond the most coveted job in America? For many ex-presidents, the status of senior statesman and adviser to those still in the trenches is enough. But three former presidents—John Quincy Adams, William Howard Taft and Jimmy Carter—went far beyond that, forging whole new identities.

On paper, no one has ever been better prepared for the presidency than John Quincy Adams. He began public service before his 13th birthday as a member of the fledgling nation’s first delegation in 1781 to the czar’s court in St. Petersburg, Russia. (The head of the delegation could not speak French, the language of diplomacy, but Johnny was fluent.) Over the next 44 years, Adams served in multiple diplomatic posts, in the U.S. Senate and as secretary of state. Despite this wealth of experience, his one-term presidency (1825-29) was disappointingly lackluster. He was simply a “great man in the wrong place at the wrong time,” according to biographer James Traub.

Fortunately for Adams, two years after leaving the White House, the voters of his Massachusetts district elected him to the House of Representatives (the only ex-president to ever return to Congress). Over the next 16 years Adams gave fellow Americans reason to give him a “sober second thought,” as one newspaper editor wrote.

Seizing on the right of citizens to petition their government, at the beginning of every congressional session, Adams made the submission of petitions asking for an end to slavery an excuse to put the growing power of Southern slaveholders on notice. Southerners tried to gag him, but because of “sheer cussedness” Adams persisted. Then, in 1841, Adams took the lead in successfully arguing before the Supreme Court for the freedom of the enslaved African men and women who had revolted and seized control of the Amistad. These dogged efforts to force Americans to stare the nation’s original sin of racism in the eye, provided Adams with a truly rare opportunity for a public servant to transform his legacy.

Cincinnati born William Howard Taft, like Adams, had a mediocre and unsatisfying one-term presidency (1909-13). Taft’s second great act came in 1921 when President Warren G. Harding granted Taft his career-long dream by nominating him as chief justice of the United States Supreme Court. Taft remains the only person in American history to serve as both president and chief justice.

Taft’s success as chief justice, in contrast to his failure as president, was his ability to craft the job to fit his talents and personality. Most historians evaluate a chief justice through the rulings issued by the court during his tenure. The Taft court in the 1920s was solidly pro-business and anti-labor, but no “Taft Doctrine” emerged and court historian Robert Post argues his judicial philosophy misses his real contribution. Although a clumsy electoral politician, Taft was a formidable executive who understood the necessity of rationalizing the federal judiciary.

Traditionally, the court’s docket was clogged by an embarrassingly large backlog of cases generated by the appeals of any litigant unhappy with a lower court ruling. To bring order, Taft persuaded Congress in 1925 to allow the Supreme Court almost complete discretion over which cases it would hear. Since then, the court accepts only those few cases that are necessary to resolve significant disagreements between circuit courts and/or cases that have constitutional implications. This not only unclogged the docket, but also transformed the court “from a tribunal of last resort into something like the supervisor of the system of federal law,” according to Post.

To express the new status of the Supreme Court, Taft lobbied Congress to authorize the construction of the Supreme Court’s first stand-alone building (it had always met in the Capitol). Taft oversaw the design, but died on March 8, 1930, five years before the new building was completed.

More recently, Jimmy Carter’s one-term presidency (1977-1981) was fraught with frustration and failures (note the pattern), but unlike Adams and Taft, Carter did not return to government service but carved out a private path.

Most of the many causes taken on by Carter and his wife are organized through the Carter Center, which is devoted to the advancement of human rights and the alleviation of human suffering in nations around the world.

Concretely, that has meant election monitoring in emerging and wavering democracies and collaborating with the UN to establish the standards for election monitoring. The Center, and Carter personally, has intervened directly with heads of states on behalf of victims of human rights violations, promoted the development of civil society, spearheaded efforts to tackle third-world diseases like Guinea worms and showed up with a hammer and saw at Habitat for Humanity sites.

In combination with his embrace of a simple lifestyle, former President Carter has gained the respect of people around the world.

These three former presidents found ways to retire to something meaningful. They have long served as inspirations for me as I have contemplated and wrestled with how to turn retirement into a new opportunity for service and relevance.

Dan Hurley is a local historian and president of Applied History Associates, which works with museums in the Eastern U.S.