The city manager has gone to bat for Cincinnati, and courted controversy

Editor’s Note: When this issue went to print March 16, the controversy surrounding Harry Black had reached new heights. Mayor John Cranley had asked for Black’s resignation, Black had refused and a war of words began in the local press. The Calm Before the Storm reflects the position of the city and Black when we went to press. 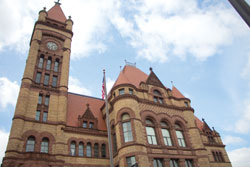 It’s a Thursday afternoon in mid-February, and Cincinnati City Manager Harry Black is calm. Relaxed, even. Of course, there’s no way he could ever predict the drama that’s yet to come.

Enter March, and there’s a call for his resignation. Accusations of retaliatory behavior. Claims he’s been less than transparent. But Black stands firm.

Sitting in his Plum Street office—in his last sit-down interview before that call to resign—he talks purposefully, brushing past personal questions but lingering longer on those that allow him to talk more about Cincinnati: its unique qualities, its people and the 52 neighborhoods that make up its bounds. He says he’s been the city’s biggest cheerleader. He loves it here.

He has big goals for year four on the job. He seems to have hit his stride. There’s plans to up the ante on innovation, to literally pave more roads and make city government more efficient.

It’s highly unclear whether he’ll be here to see those through.


The Road to the Queen City

Black didn’t always pine for a career in government. Initially, he wanted to be a physician. When he graduated from east Baltimore’s Dunbar High School in 1981, he left as a certified lab tech.

“But when I got to college as a pre-med student,” he says, “it became very clear that wasn’t going to work,” he says with a laugh.

So he switched tracks to political science before landing—for good—in public administration. It was “something a little more practical,” he admits. But it clicked.

“I think it was always in me,” Black says. “I think public service was just part of my DNA.”

Black started his career in New York, worked in Washington, D.C., and spent three years in Richmond, Virginia, as the city’s deputy chief administrative officer. He was in Baltimore in 2014 working as the city’s finance director when he got a call from a recruiter about the job here. He earned Mayor John Cranley’s nod for the position—and city council’s unanimous support. He started in September of that same year.

Cranley called it “an exciting time” for Cincinnati.

Exactly three and a half years later, Cranley makes a complete about-face.

“It was the most strenuous recruitment process I’ve ever experienced,” Black recalls. “I was literally interviewed by at least 160 people—there were series of one-on-ones, one-on-threes, one-on-fives [etc.]. But it was a tremendous development opportunity. I’ve always wanted to be a city manager. It’s the pinnacle of the profession.”

His marquee accomplishment, no question, has been the Office of Performance and Data Analytics (OPDA), a department Black created from scratch. The idea is to collect and analyze city data for efficiency, transparency and to improve customer service. The department “has had tremendous success,” Black says.

Rocky Merz, communications director for the city, calls it the “hallmark of his tenure to date.” 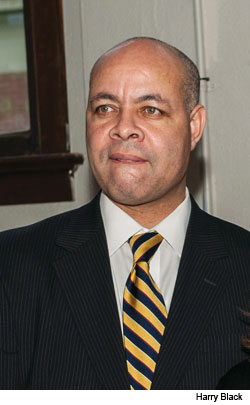 But Black is quick to point out others, like the city’s capital acceleration plan, or CAP, in which Cincinnati has improved its pavement condition index, a rating for roads, from “fair” to “good.” The city has nearly tripled the number of lane miles resurfaced or rehabbed.

Cincinnati, too, has made major strides in economic inclusion. In 2013, the city spent less than $4 million a year on contracts with minority- and women-owned businesses. In 2016, that number hit $27.9 million.

And Black plans to roll out a few new “Smart City” initiatives in 2018—installation has already started on a “fiber ring” in the Central Business District, which will improve traffic signalization and pave the way for free Wi-Fi downtown.

But there’s also been controversy—and not just lately.

In 2015, Black fired Cincinnati Police Chief Jeffrey Blackwell, a decision that angered many who criticized the process behind the decision. In 2017, Black was named in at least three separate federal lawsuits claiming abuse of power, including one from Cincinnati Police Captain Jeffrey Butler, who said he was denied a promotion after complaining about possible misuse of funds. Earlier this year, a former city employee said Black shouted threats when she complained about mismanagement at the city’s 911 call center.

And in March, a stalemate with Cranley. Black, after complaining about a “rogue element” within the police department, forced out Assistant Police Chief Dave Bailey, the department’s second in command, in a buyout that will cost taxpayers roughly $400,000. Hours later, there was a meeting between Black and Cranley, in which the mayor asked Black to resign.

Cranley, during a March 14 press conference, said his push to part ways with Black is not about the Bailey incident, despite the timing, but rather a pattern of behavior that threatens the “morale” and “productivity” of the city’s 6,300 employees. He says there’s proof. Black responded publically that there’s efforts to smear him.

“It’s a sad day for Cincinnati,” Cranley said. “I brought Harry here, and we did some great things together, but there are behaviors I’ve asked him to address that continue to repeat themselves. I believe in second chances, third chances, fourth chances…but the behaviors [don’t change].”

Black, however, seems steadfast; he says he’s here to stay—as long as mayor and city council will have him. It takes five votes to fire a city manager, and it’s unclear if Cranley has that level of support.

As for the life expectancy of a city manager—here, or anywhere else, for that matter—longevity is rare. Turnover, in this profession, is high. In Cincinnati, on average, a city manager lasts less than six years. A recent national survey shows the average tenure is less than seven.
Milton Dohoney, Black’s predecessor, served that long (2006-2013). Valerie Lemmie (2002-2005) and John Shirey (1995-2001) were on the job for three and six years, respectively.

The average stint of a Major League Baseball manager, for comparison—a line of work maybe only slightly more volatile than this—is 3.7 seasons. Black has almost made that mark. Longer than Cincinnati Reds heads Lou Piniella, Bob Boone and Jerry Narron, at least.

“The last three and a half years, unequivocally, have been the most productive of my entire career,” he says.

“Hopefully whenever my run concludes—whenever that might be—people will say, ‘he made a difference,’” he adds. “Hopefully they’ll say, ‘He came to Cincinnati and gave everything he had back to the people.’”