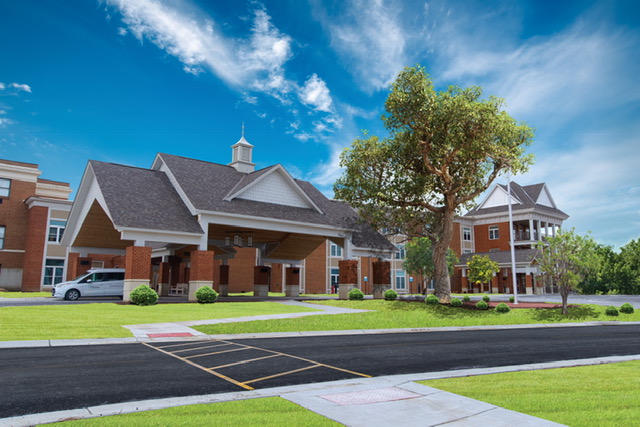 With more than 3,000 aged residents living in congregate situations at 17 locations, a home health agency and two hospice organizations, as well as 2,500 employees, the management of Lebanon, Ohio-based Otterbein SeniorLife Communities was presented with a life-and-death challenge with the emergence of the COVID-19 virus and its rapid spread.

So many older people, many with pre-existing conditions, living, socializing and dining together, coming into daily contact with employees who could transmit the virus to their families and friends, was a disaster waiting to happen.

“We’re dealing with the most vulnerable population to this virus,” says Senior Vice President of Operations Jason Miller. “There isn’t anything more important than protecting our residents and our employees from COVID-19.”

The team met seven days a week at first and continues to meet five days a week now, Miller says.

The team put together an extensive plan for infection control, assessing residents, communicating with family members and physicians and treating positive cases.

Visitors, as well as nonessential caregivers, were initially prohibited from entering the facilities. Employees continue to be screened each time they enter. If someone has a fever, they are isolated in their respective homes and tested.

The team also built a testing algorithm to help coordinate testing frequency of residents, Miller says. The company contracts with a private lab that conducts 1,500 to 2,000 COVID tests a week, he says. Turnaround time ranges from 24 to 72 hours, with the average being 48 hours. Today, turnaround time is rarely over 24 hours.

Earlier this year, Otterbein purchased two Sofia 2 point-of-care machines that promise to deliver results in less than an hour. However, the rapid tests aren’t considered as accurate, so Otterbein will continue to prioritize the nasal swab test, Miller says.

Residents who test positive are transferred to COVID isolation units, where employees must wear masks and goggles and only designated caregivers can work.

Restaurants at the Otterbein facilities have been closed, but are beginning to open again, especially those that have created outdoor dining spaces. Seating is by reservation only and residents must be masked and use hand sanitizer before being seated, Miller says.

Small group activities are picking up again, socially distanced and with masks. The company recently brought in a portable zipline for a day and an axe-throwing vendor.

“At first, we had to shut the doors and make sure people were safe,” Miller says. “We didn’t know a lot about the virus at first. Today, we’re looking to lessen the restrictions. Social isolation and loneliness can be detriments to someone’s health as well.”

Some of the adaptations, such as outdoor dining, will be kept whenever the virus is brought under control, Miller says. “I don’t think our learning is going to stop here,” he adds.