How CVG landed its biggest deal in history. 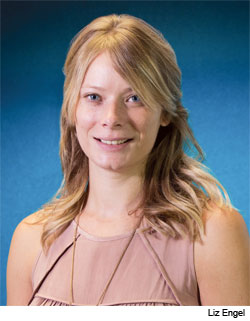 It’s Jan. 31 and the Cincinnati/Northern Kentucky International Airport is a flurry of activity. After months of being tight lipped, the news is out.

Amazon, a company known for its fast and free delivery, the Kindle Fire, and now, the Echo, will build a new centralized air hub on leased land here. The project will top a billion dollars, bring 2,000-plus jobs and house a growing fleet of cargo planes, all dedicated to Amazon Prime. In short, fast shipping that will soon get faster.

But besides potential same-day service in the Tristate—that’s certainly possible, some say—it’s a monumental win for the region. A “once-in-a-generation” type project. The “sky’s the limit” for growth.

So just how did CVG land the deal of a century? It goes to show timing and location are still truly everything.

At the center of the whirlwind stands CVG CEO Candace McGraw, although today she’s flanked by staff, airport board members and judge-executives Kris Knochelmann (Kenton County) and Gary Moore (Boone). McGraw’s spent a lot of time in the limelight this year. So far in 2017, the airport has announced Southwest as a new entrant and celebrated double-digit service expansion from Frontier. Even Delta gave CVG some love, upgrading flight schedules to nearly a dozen cities.

But Amazon tipped the scales.

“Everything aligned for this to happen,” McGraw says. “This is such a tremendous transaction for us and for the community.”

The deal—at $1.49 billion—is the largest ever one-time capital investment by a company in Northern Kentucky, and “by a significant margin,” says Dan Tobergte, president of the Northern Kentucky Economic Development Corporation (Tri-ED). It tops a half-a-billion-dollar build by Delta at CVG in 1986 and, later, another $375 million project by the airline in 1994.

It could mean 2,700 jobs, also the largest number announced at once. Fidelity, one of Northern Kentucky’s largest employers at more than 4,000, added 1,500 jobs in a 2005 expansion.

CVG will kick in another $5 million for infrastructure improvements. Those funds can be used for utility or roadway improvements butmust benefit the airport as a whole.

McGraw, for her piece, says discussions started in the fall. Confidentiality was huge. But rumors that Amazon was testing a secret air cargo operation in Wilmington, Ohio—located 70 miles northeast of CVG—started circulating in late 2015. Officials confirmed as much early that next year.

John Bevington, deputy commissioner, Kentucky Cabinet For Economic Development, declined to disclose if any other hub locations were considered.

“A lot of people did play into this thing,” he says, from Kentucky Gov. Matt Bevin—who “was highly engaged in the process”—to the Cabinet on down. “It was very intense,” Bevington says.

But CVG was a “linchpin.” Only five years ago did airport officials even make a conscious effort to open up land for development. CVG owns and maintains about 7,500 total acres.

In total, Amazon is leasing 919 acres across three tracts—479 acres known as the north site, located between two runways, and a 440-acre L-shaped parcel to the south and near DHL and its own CVG hub.

“They were fully prepared and ready for this scenario, not even knowing if or when [something like this] would ever occur,” Bevington says. “Without that, this wouldn’t have happened.”

The timeline going forward, however, is still uncertain; the exact date or month, even quarter, that ground could break is unclear. Amazon wanted flexibility in terms of schedule, McGraw says, “because it’s still a new business venture.” It will likely take a “number of years” to get to the full scale of what’s been announced, Bevington adds.

But Amazon wants some planes in the air locally by April; the company has agreements to lease 40 total aircraft. Sixteen of those—Boeing 767s—have been operating from Wilmington but will move to CVG. Amazon will use existing ramps until its facilities are built. CVG says they’ll operate primarily during the day in the near term; nighttime operations could ensue as activity increases. Amazon will construct a ramp to accommodate at least 100 aircraft for about 200 operations each day.

McGraw says there’ll also be a 3-million square-foot sorting facility on-site. Ancillary buildings and a trucking component, too. The sort facility, she notes, would be three times the size of Wayfair’s recently completed distribution center, also on airport land. In its debut, it was considered the largest-ever speculative development at CVG.

While details are pending, local officials are working on addressing a series of needs—there will be some impacts on local infrastructure that will need to be dealt with, says Moore. The state has pledged assistance, “but there were no specifics,” he says, “as far as which roads and how many dollars,” because data is still being collected.

When it comes to the big picture, officials expect Amazon’s hub to mirror that of UPS’ Worldport in Louisville, the largest fully automated package handling facility in the world, which has generated thousands of jobs just by proximity alone. Amazon could have a “similar spin off” here, Bevington says.

According to state data, 170 companies have moved or located to Louisville because of UPS. That’s created more than 13,000 additional jobs and $300 million-plus in payroll.

“If you drive up and down the interstates there, you can see it. I think Amazon will have as great an impact—or greater,” Bevington says. “The difference with Amazon, they’re dealing with individual resellers. They’re an innovative company that’s going to continue to push the envelope. We may very soon be able to order something from Amazon and get it the same day. We’re excited to see what it evolves into. The sky’s the limit.”

Knochelmann sees the ripple effect—supporting businesses, sure, but a simpler one as well. Amazon employees will pay taxes, buy houses, groceries and cars. But patience is a virtue.

“When you have a business that’s growing as fast as Amazon does and is you have to be supportive,” Knochelmann says. “This stuff doesn’t happen in weeks.

“We’d love to have Amazon add jobs not only in distribution and air service, but technology, and the state and local communities are going to be there with open arms,” he adds. “That’s really where I hope Kenton can benefit, and our economic development teams are already working to make sure we’re ready. But we have to do it in a respectful way.”

At CVG, McGraw knows the impact Amazon will have there. More flights, especially the cargo kind, mean lower cost of operation, like landing fees. That’s attractive when recruiting additional passenger service. But beyond that?

“To me, the impact on the region is what’s most exciting,” she says. “It’s limitless.”