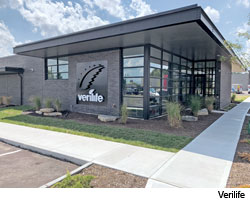 Area dispensaries and state departments work together in the first year of public access to legal medical marijuanaKevin Michell Medical marijuana has been legalized in the state of Ohio for over three years but only this year have residents begun seeing dispensaries open up for business across the state.

The first ones opened in mid-January, a little over four months after state regulators had planned for medical marijuana sales to begin. That delay was largely the cause of delays in the approval of state cultivators to start growing marijuana plants for sale in dispensaries as flower or for sending to processors to create other forms such a edibles and tinctures.

But despite some hiccups and growing pains both the State of Ohio Board of Pharmacy—which oversees the regulation of and approval of medical marijuana dispensaries, as well as the registration of patients and forms of marijuana that can be sold—and the open dispensaries in southwest Ohio are generally pleased with the rollout and optimistic for the program’s future.

“I think that we could say that we’re exceeding expectations with the number of registered patients,” says Ali Simon, public and policy affairs liaison for the State of Ohio Board of Pharmacy.

Though there were no concrete benchmarks for how many patients would register for the Ohio Medical Marijuana Control Program the nearly 64,000 that have registered through the end of September 2019 is well above initial hopes.

The Board of Pharmacy initially approved a total of 60 potential dispensary licenses—from almost 380 applications—to award across 31 districts based on the size of counties in each region of the state and creating ease of access for patients.

Some districts were allotted a higher maximum of approved dispensaries—Hamilton County and Montgomery County, which were each given their own districts, were each approved for three—while regions without a major metropolitan center were mostly grouped into districts comprising three or four counties with one or two dispensaries approved for the entire district.

The program was always meant to be flexible, starting with a conservative number of dispensary approvals and then growing as need and patient registrations dictate in the near future.

“We are going to start examining the number of patients and looking at opportunities for potential additional dispensaries,” says Simon, noting that there’s still some time to go before a new round of applications is opened. 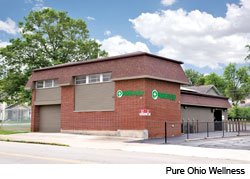 For those dispensaries that have opened they’ve gone through a prolonged and new process for opening their businesses. Larry Pegram, owner of Pure Ohio Wellness, runs two dispensaries—one in Springfield and another newly opened in northern Dayton—as well as his company’s own cultivation facility. Working with the Ohio Board of Pharmacy agent helped the run-up to opening, with the attendant inspections for regulatory compliance, be a rather smooth ordeal.

“It was pretty simple, really. It was just a time-consuming process,” Pegram says, describing that the Springfield building for his first dispensary required a great deal of construction and rehabilitation.

One of the unique aspects of Pure Ohio Wellness compared to other dispensaries in the state is that a large amount of its flower product—as opposed to other preparations of marijuana like oils, edibles and transdermal patches—is grown at its own cultivation center. Additionally, Pure Ohio Wellness is one of only a couple dispensaries in southwest Ohio fully owned by someone from the area where it is selling.

“I’ve been born and raised in Ohio my whole life and my whole family has, so all the people that work for us are local here in the Springfield-Dayton area,” says Pegram. “It’s a neat feeling to know that we’re making medicine for our own community.”

Education was a big part of Pure Ohio Wellness’ first year of operations, both in terms of explaining to first-time patients the benefits, experience and process of using medical marijuana and for marketing to potential customers in the area.

In Cincinnati, Chaz Mize is the general manager of Verilife in Pleasant Ridge. He’s noticed the same need for educating residents, though he’s been impressed by the overall knowledge and maturity of the Ohio Medical Marijuana Control Program.

“They’re a knowledgeable base of patients,” he says. “We see processed goods selling at a higher clip than most young markets. It’s actually been a really challenging but really fun experience.”

But one of the major uncertainties for Verilife, Pure Ohio Wellness and all other dispensaries has been setting projections for their businesses. Mize notes that Verilife has already adjusted the proportions of marijuana forms and strains it carries in response to customer activity over the first two months of operation. Pegram has made a point for Pure Ohio Wellness to always carry a couple of less potent but more affordable strains of flower for patients. He’s also been a bit surprised by the fact that the majority of his dispensary’s customer base has been aged 55 or older.

But both men have been impressed by the assistance of the Board of Pharmacy, the quality of product being cultivated in the state and the overall patient response during this first year of operation.

Approaching the end of the year, the Ohio Board of Pharmacy will be keeping an eye on registered patient renewals—the first of which will be happening in December—and the state medical board has begun accepting petitions for new qualifying conditions. On the ground level, the dispensaries will continue to refine their offerings and service to help out those who can use this new form of medicine. For Pegram in particular, success lies in keeping the focus on helping friends and neighbors understand and comfortably utilize the program.

“We’re local people and we’re just trying to help out,” he says.