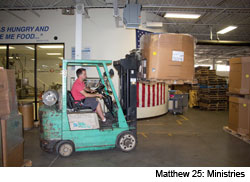 Various online resources are available to find reputable charities
Eric Spangler
The first step for anyone who wants to make a charitable gift to a nonprofit organization this holiday season is to go online to give.org, says Corrie McGlothlin, director of the Cincinnati Better Business Bureau’s Center for Ethics.

A potential donor can look up a national or local charity and read the facts about that charity before deciding whether to donate money or time, says McGlothlin. “That’s the best way to kind of make your own mind up if that charity is worth your time,” she says.

Other websites where a potential donor can find information about a nonprofit organization are guidestar.org and charitynavigator.com. However, those websites don’t have the details provided by the give.org website, which is run by the Wise Giving Alliance, says Maura Russell, charity accreditation specialist with the Cincinnati BBB.

Guidestar.org will automatically publish the Internal Revenue Service’s 990 document that tax-exempt organizations provide the IRS, she says. “Our reports are vetted during the review process,” says Russell.

“We’re really looking at a holistic picture of the charity and how it’s operated,” says Russell. The BBB will seek to find out how involved the charity’s board is with the operation and whether there are any material conflicts of interest that need to be addressed. The BBB will also look at the charity’s financial statements. “We know that finances are important to a lot of donors so we do have a set of standards that revolve around finances,” she says.

“But we also have an equal number of standards that revolve around the message the charity puts out in regards to its fundraising appeals, how it’s presenting itself to the public with its annual report and its website and how it’s protecting its donors privacy,” says Russell.

If a charity meets the 20 Wise Giving Alliance standards it becomes accredited by the BBB. “It’s free so it’s not like it’s something that a charity is paying us to put up a positive report about them,” she says. “We leave our opinions out of it.”

Archer says donating to Matthew 25: Ministries is simple and easy. “One of the easiest ways is to simply go to our website and then click on the donate online button and you can make a donation purely online,” she says.

Donating online has rapidly increased, says Archer. “You don’t have to leave your house, you don’t have to use a stamp, you have all the options right there in front of you. It’s just quick and easy and in our case a very secure way for people to make a donation.”

Donors can also write and mail a check to Matthew 25: Ministries or they can visit in person and make a donation by check or in cash, says Archer. Donations can be made in honor or in memory of someone, says Archer.

In addition, donors can designate their contribution for a specific program, such as disaster relief, she says. Because products are donated by corporations, individuals, groups and businesses, 100 percent of the donations for disaster relief are used for helping the victims of a particular natural disaster, says Archer.

“The funding would all go toward the acquisition or the packaging or the processing or the shipping of those goods to disaster victims,” she says. “Or it possibly would go to support our decision to send a medical mission team or just medical supplies, but it would all go toward directly serving the victims of that particular disaster.”

Another BBB-accredited charity is One Way Farm Children’s Home in Fairfield, a nonprofit organization caring for the abused, abandoned, neglected, and troubled youth and children with disabilities and developmental disabilities.

Sabrina Smith, office manager, says people can donate monetarily or by volunteering. “A lot of people definitely want to donate their time right now especially before or if they ever do donate money,” she says. “So I think it’s important to get as many people involved in as many different ways as we can.”

Smith says donors will never be turned away. “We don’t put a closed door to any volunteer that comes through our door,” she says. “We’ll try to find something for them to do or something that’s meaningful for them and for us.”

For example, Smith says one woman plans to have a small Christmas party for the children at the home in conjunction with her company’s Christmas party. “We make sure we keep our doors open and our ears open to new ideas,” she says.

Another simple way to help the children, especially during the holiday season, is to donate tickets to an event, such as Festival of Lights at the zoo or Holiday in Lights at Sharon Woods, says Smith.

“Just doing seasonal activities is fun because that kind of gives the kids a little more independence,” she says. “And then they can take a few dollars and purchase hot chocolate or things like that.”